Fire of Zamani By Ice Prince – A Track by Track Review 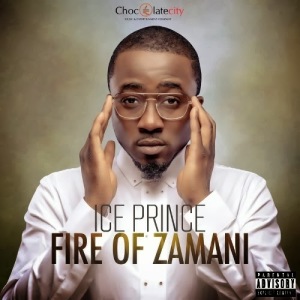 First off, lemme start by saying not many cats can parlay being second best on their debut single to being top 5 in Naija today. The boy Zamani, love or loathe him is certainly one of those. Dude has been on his grind since ‘Oleku’, so it’s nice to see dude eating. Right, that outta the way, I peeped dude’s new joint, Fire of Zamani, I must confess, based on the things I heard from homie, I wasn’t expecting no miracle, the boy is mad average when he raps but he’s highly likable, so. Anyway, let’s get into this new joint ‘FoZ’

1. Stars and Lights (ft. Ruby Gyang) – This joint sounds backwards. This track here shoulda been the last track on the album, I heard this joint and I saw credits rolling, I saw people getting outta their seats, stepping over spilt popcorn. Also, the joint is for the kinda people that have four different colour cases for their Samsung Galaxy phones. You might wanna leave this one on while you look for an outfit to match that fisher pink joint. The boy Ice was forgettable on this track though. Ruby can sing though, still.

2. Skit By MC Longs – This is alright, a nod to Ice’s Northern connects. I don’t understand Hausa, so I dunno if it was as humourous as it shoulda been. On to the next.

3. Aboki – This is probably the best song dude has ever made. Lyrically, it’s puff puff wrapper but forget that. When you hear the beat drop, tell me you don’t wanna rub your palms together and mouth along to Icey Prince’s recitation of the names of Bad Hausa man dem…. Icey Princey dat function guy. Chei, wallahi! I love this track, in the right setting, which is in the club.

4. My Life – I like the way this joint kicks in, the boy Ice is what one can call a cosmopolitan fella, he has girls in Shomolu, Bariga and his indomie comes with sardine. Ladies, this boy will feed you. This song is not saying anything, but Ice ‘has the bench marked like Alex Ferguson’.. You gotta side eye a dude that can drop lines like that with a serious face.

5. Mercy – The less said about this joint the better. The gyal dem will definitely like it, Chip, the UK rapper came on the track and melted Ice on his own joint but that’s nothing, it’s a song about a$$, homie doesn’t have to spark the FoZ on this one.

6. Whiskey  (feat. Sunny Neji) – I can’t lie I flocks with this song… This is Icey Princey again. This is a proper Naija joint except homie is getting his ‘drink responsibly’ preaching on. Funny that, this joint goes well with star and pepper soup. Ice also gave some life to one of the first time around dudes, Sunny Neji, dude was the man back in the day though.

7. N. Word – When I heard the bass on this joint, I was rather excited. Jazzy laced the beat and honestly, this joint deserves to be mistreated, to be abused like a stepchild, a beat this bad deserves a dirty, insouciant flow. Ice Prince instead get his shouty Meek Mill flow on and says ‘Nigga’ after every line. No, no, no. The FoZ turned to ash on this one. Son, dash this beat to Phyno or man dem who can molest it right.

8. Jambo – I promise you, Ice Prince has no subject matter. Homie doesn’t rap about anything. He just rhymes but this this joint is alright still, like, with a little Henny in the system, you could nod along to this and feel fine. The song’s alright.

9.No Die Tomorrow – God bless the father of the father of the boy that laced this beat. Naija rap dudes need Chopstix to do the needful now… Ice Prince is on his political ish, this is the same cat that rapped about meeting the Sambos (The VP’s family) with glee. Stop son, you ain’t an activist and that’s okay. But, Chopstix really gave this man gold here. This beat dey buss my oblongata, I swear down.

11. Komotion (ft Wizkid) – Again, this dude Chopstix should be receiving one of those GFR, GCC awards that the Naija government gives out every year. Ice chose the wrong flow for the song, double time on a joint as easy as this? Come on son. Wizkid for reasons known only to himself decides to adopt a Jamaican accent that finds him ‘Cussing Commotion’ as opposed to ‘causing’ it. It’s okay, God dey. This beat is fire sha, until this dude called Dj Case comes on to talk a bunch of shite, WTF is wrong with this guy? Nah man.

12. Person Wey Sabi – The boy Ice once gain says absolutely nothing on this joint BUT!!! The hook is sweet, drink garri and groundnuts whilst listening to this, life will seem all that much better, I swear down.

13. Kpako (feat. M.I. & Jagz) Mehn, I dunno but M.I must have been tryna communicate with some aliens or some ish like that, dude delivered his lyrics in an accent of no earthly geographical location. Jesse Jagz murdered this song, flow, cadence, presence, it’s Jargo! (which reinforces the disappointment his album was, damn son.) Ice Prince, again, was forgettable on this joint.

14. Pray (feat. Sound Sultan) I really like the hook on this joint. That is it.

15. More – This is where Ice Prince decides to get his Mr. Loverman Desmond Elliot steez on. Dude’s singing the hook and he does a really good job. Sounds like he really want this lady back, sis, if you’re listening, go back to your boy. Son might need to sing more and allow this rap ish “ really wish we last long, anaconda” – come on Ice, the son of Mr. Zamani, stop that bro, seriously, stop. I tuned out dude’s rap and enjoyed the stellar hook. Good job, coupled with the acoustic guitar.

16. On My Knees (feat. Jeremy Gyang) – This is Ice’s tribute to ‘Plaroo’ state. I really flocks with this joint, like hard. It’s on some early 90s ish, this distinctly Nigerian sound. Jeremiah Gyang brings some heartfelt notes to the joint too. Even though this joint sounds like it needs a choir to really set it off, I like it as it. This one will stay in the deck.

All in all, this is not the worst joint you’ll ever cop. If you’re looking for Ice Prince the rapper, that dude prolly never existed but Ice the pop star? Here he is.

Like Loading...
30 Oct This entry was published on October 30, 2013 at 7:14 pm. It’s filed under Music and tagged foz, iceprince, naija music. Bookmark the permalink. Follow any comments here with the RSS feed for this post.